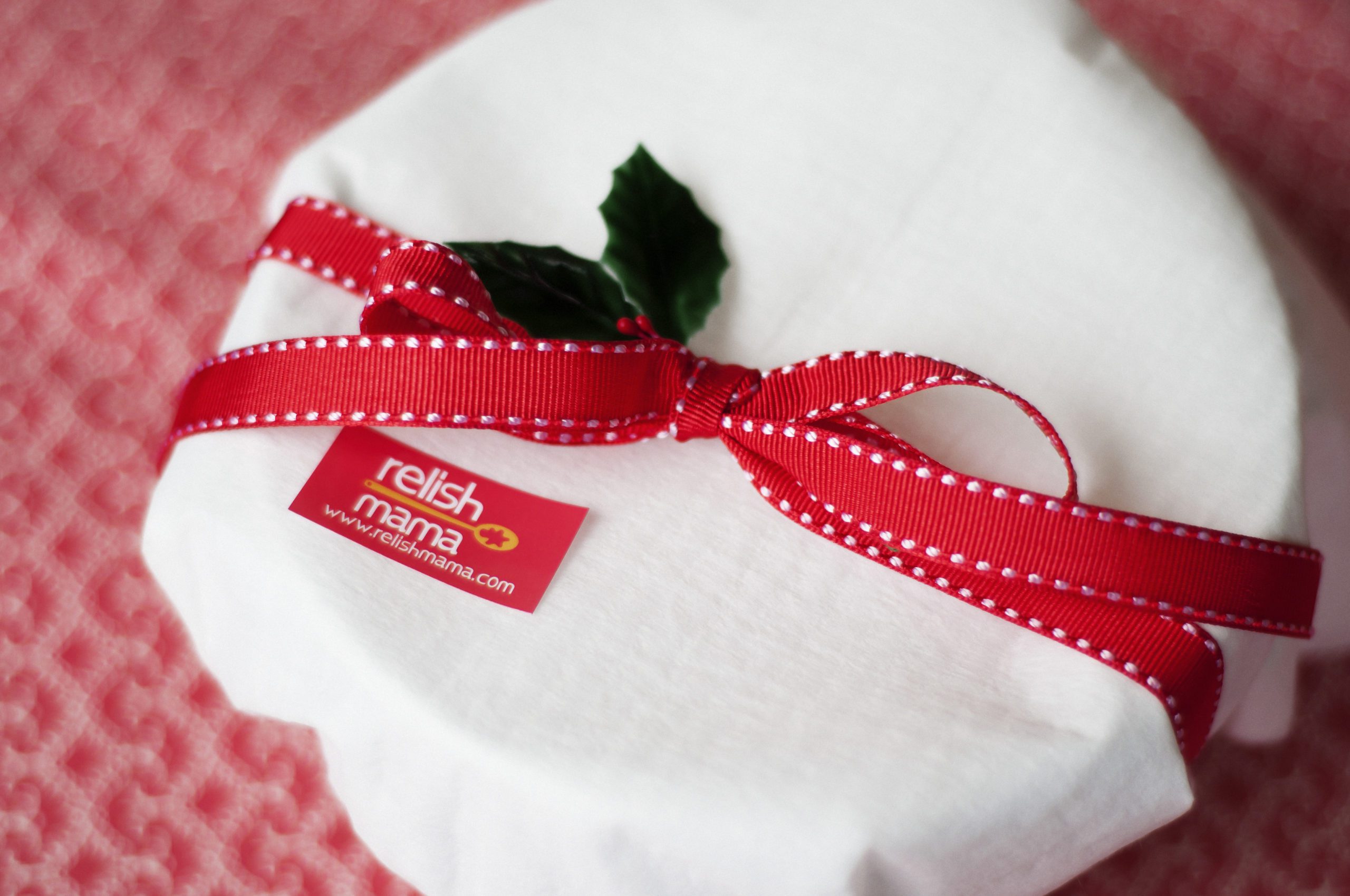 This is the original Relish Mama logo.

It sat proudly on top of the plum puddings, my then, 88-year-old Grandmother made for my first Relish Mama Christmas class.

Nana will be 100 this coming March. What a party we shall have!

Nan still makes the family plum pudding for Christmas day. It is absolutely magnificent. I have never tasted another pudding that comes close. ​

It is an honour to share this very special family recipe with you all this Christmas.

For this family recipe butter replaces suet as it gives the pudding a lovely flavour and the texture and is not as messy. Select the plumpest dried fruits, be liberal with brandy (or whiskey) and add a sprig of fresh holly on the day.

On Christmas day, the pudding needs to be boiled again for 1 hour before serving.

Combine raisins, sultanas, currants, prunes, mixed peel, lemon rind, almonds, carrot, breadcrumbs, melted butter, sugar, flour, salt, nutmeg and mixed spice. Combine the eggs, milk, brandy (or whiskey) and stout, add to fruit mixture, mix thoroughly. You may find it easier to mix through with your hands at this stage of the process.

Will store, covered in fridge if made several days in advance. Gently reheat when required.

Heat the milk & cream and vanilla in a saucepan. Heat until just below boiling point. Remove from heat & stand for approx 15 minutes. Whisk the egg yolks and sugar and cornflour with an electric mixer until thick, pale and creamy.

Whisk a little of the warmed milk to the yolk mixture and then ever so gradually, add the rest. Return to the pan, stir over low heat until thickened and coats the back of a spoon.

If you like, you could stir in 2 tablespoons of liqueur after the custard is thickened. This special place will help you to create really beautiful food to enjoy with the people you love without spending hours in the kitchen.

I can’t wait to cook with you. Get new FREE recipes and exclusive content delivered right to your inbox.

More often than not, there is not enough room in t