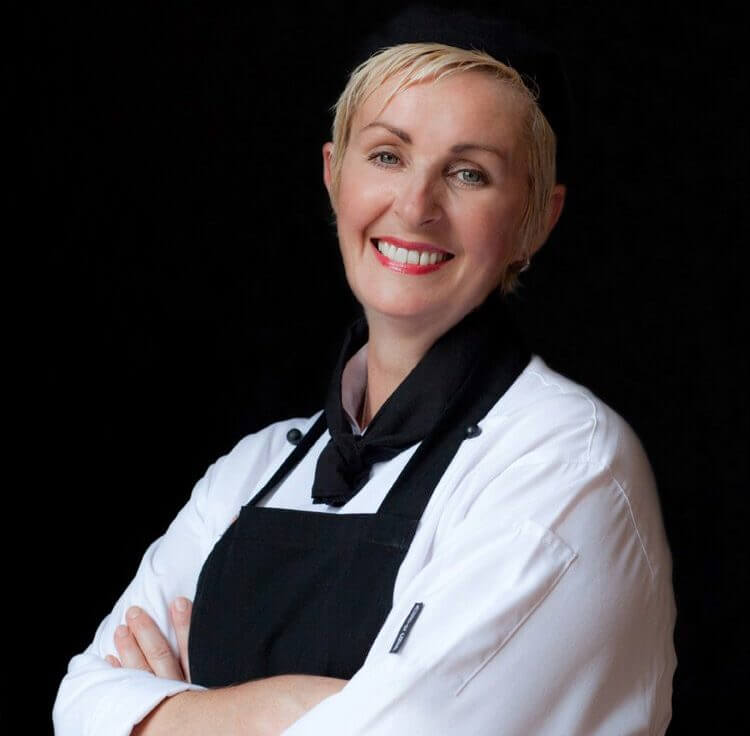 Emma is a highly-awarded, French-trained chef, pastry chef and a qualified industry trainer with many years’ experience. Emma generously shares her many kitchen tales in Relish Mama cooking classes while also imparting her extensive culinary knowledge.

Emma has been part of the Relish Mama team since 2012. Her most popular classes are our French cooking classes, South East Asian street food, Vegan cooking classes, dessert classes as well as modern Japanese cooking. She also leads a highly praised knife skills workshop that is run just once or twice a year. 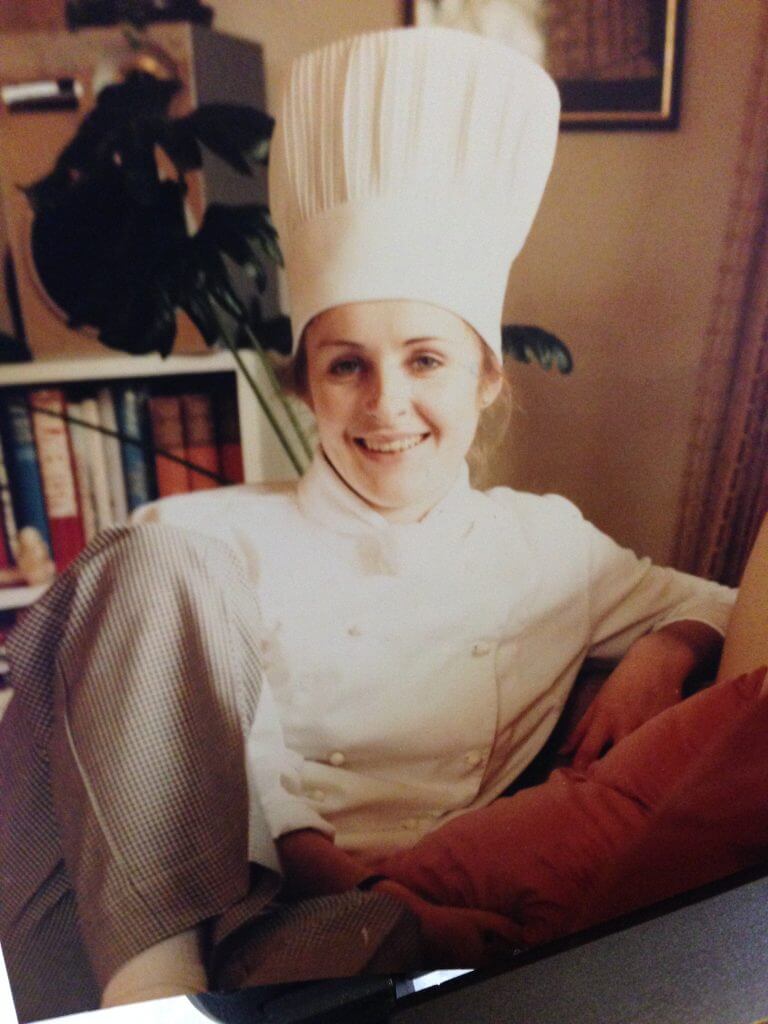 Emma immersed herself in the pastry kitchen at a young age. She began the process of refining her craft in a selection of Melbourne’s finest restaurants including Rockman’s Regency, The Stoke House, Pomme, and Langtons. Emma continued her career working overseas and fulfilled a career dream of hers working with world-famous pastry chef and author Michel Roux at his restaurant The Waterside Inn, in Bray (United Kingdom) in early 2001.

In late 2001 Emma accepted the position of Co-Head Chef at Blake’s Cafeteria along with Daniel Wilson and owner Andrew Blake. Their fabulous work and the wonderful union culminated in Emma and Daniel being jointly awarded The Age Good Food Guide’s ‘Young Chef of the Year’ in 2002. Emma continued her work in many restaurants as well as owning and operating several of Melbourne’s best gastropubs.

Recently, Emma’s heart led her to work for asylum seekers in Melbourne. Emma has three beautiful children and recently graduated with an honours law degree. She is one very impressive lady.

Our guests at Relish Mama who have attended Emma’s classes have commented on how very lucky they have felt to be up close with Emma and have access to a Chef with her history, skills and kitchen adventures, that she so generously shares with all. Emma nurtures her passion for food as well as supporting her creative personality through her cooking.

Tell us about your early beginnings as a chef.

How did you get your start and how did you come to where you are now?

I was raised with a love of food and culture. I travelled extensively with my family as a child and developed a taste for adventure and fine food. My father is a journalist and for a time, a food reviewer. My mum was a busy salesperson and a terrible cook.  We ate out a lot and as I got older, I happily took on the bulk of the family cooking duties. I think I was destined to be a chef, though I always knew I would study law at some point too!

I am mildly dyslexic (undiagnosed at that time) so school was frustrating for me. I knew I was smart but struggled to get good grades. I was however very artistic and articulate. In year 11 I was offered an apprenticeship – and I never looked back.

How did you develop your own style of cooking?

I have been very fortunate that my career took off right at the beginning of the golden age of fine dining in the late ’80s. For more than 30 years, I have ridden a wave of food fashion that is unprecedented. My early career was a mix of contemporary Australian, traditional Italian and modern French. It was a powerful combination of flavour, technique and creativity, but what Australia lacked at that time was master pastry chefs, particularly in fine dining restaurants, so I literally taught myself how to make desserts from the Roux ‘Bible’, “Roux Brothers on Patisserie”. As it turned out it equipped me well for working with Monsieur Roux many years later, as I knew all his recipes by heart!

After finishing my training in Melbourne, I took off on a four-year, working backpacking tour of the world which gave me valuable insight into many other food cultures. Upon finally returning to Australia I found myself re-training under the new wave of British chefs who had flocked to Melbourne and Sydney in the ’90s.

My style is a product of the above history. It’s important to have a balance of strong technique and freedom when cooking to maximise your creativity with real skill.

These chefs had unbelievable cooking skills and technique – far superior to any Australian chefs I knew, but they lacked creativity because they cooked with the fear of punishment that was rained down on them frequently by the old schoolmaster chefs of Europe. These guys had worked for Marco, Koffman, Mossman, Roux. Amazing chefs but they ruled with an iron fist!

Then an amazing thing happened – the Pommy chefs assimilated with the Aussie chefs and a beautiful symbiosis of technique and creativity was born. Which is quintessentially modern Australian cuisine.

I’m answering this question slowly I know – but my style is a product of the above history. It’s important to have a balance of strong technique and freedom when cooking to maximise your creativity with real skill.

I love to work with seasonal produce which is handled with respect to simply enhance its natural flavour, colour and texture. I like to combine old world classics with fresh Asian (and other) flavours and keep my dishes light, vibrant and whimsical.

Is there a chef you admire or admired growing up? How did their cooking philosophy impact you?

Michel Roux is my guru and a very lovely man. (His brother Albert was the tyrant). Michel is arguably the finest pastry chef of the golden age. During my apprenticeship I spent hundreds of hours pouring over the Roux cookbook series – they captivated my imagination entirely. I was thrilled to work with him many years later in 2002 at the Waterside Inn UK. His presence was constant and delightful.

On my first day, he asked me what I would like to learn while there. I answered, put me on the petit- fours Chef, I have quick little fingers! Several thousand later, I think I had those little sweet treats under control. 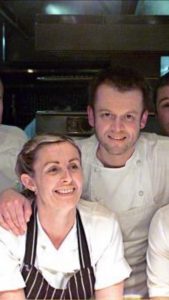 My favourite chef of all time is Jeremy Strode, who sadly passed away in 2017. His food literally made me weep with joy. I worked with Jeremy for about 5 years as his pastry chef and together we made some amazing food. I learned so much from him about what NOT to put on a plate or in a dish – simplicity, elegance, refinement, essence. These four factors constantly play in my mind as I cook. Jeremy was the master of pure flavour and I miss him dearly.

Finally,  but with the greatest love, I acknowledge my dear friend Tracy Lister who has mentored me in life and cooking for many years. She is truly my kitchen sister. She has a passion for food like no other and is now the authority on all things Vietnamese.

What is your own cooking philosophy?

Keep it fresh, light, clean and balanced. It doesn’t have to be fancy to be good.

Often the simplest of foods can be the best.

Sugar is NOT evil – we all need a little sweetness in our lives.

Sustainability is important. Eat with a conscience.

Food is a human right. Don’t waste it just because it doesn’t look perfect.

What advice would you offer to young chefs starting out now?

You recently graduated from a law degree (with honours, we might add). Can you tell us a little about this career change? What was it like to go back as a mature aged student and juggle studies with career and family?

I always knew I would study law – it seemed like a good thing to do while at home with young children – that, of course, was complete madness but here we all are! We survived and I think it has given my children a roadmap for a strong work ethic in school and life.

Your vegan classes are one of our most popular at Relish Mama. What excites you about vegan cuisine?

For me, vegan food is world food. Every cuisine has vegan dishes, I like to discover them and interpret them in my classes.

It is a cost-effective, ethical and sustainable way to eat. Everybody would benefit from being vegan at least twice a week. I find it exciting that the world is constantly evolving. Social values and cultural attitudes are represented by what we put on our plates.

Tell us what you love so much about your classes and your creative side that you love to share so much?

Cooking is my happy place, as is helping people. I genuinely love sharing my hard-won knowledge with enthusiastic foodies. Talking about food, sharing recipes and meals are central tenets of many cultures.

Food like art sustains us, not just our tummies but also our souls. Food brings us together, gets us off our iPhones and creates community.

Join Emma at Relish Mama to master skills and techniques in a wonderful, fun and interactive class. You’ll enjoy many beautiful dishes along the way and enjoyed with a glass of wine and many laughs. Click here to see Emma’s classes. 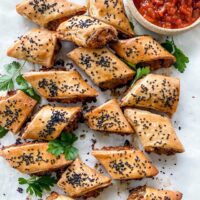 Delicious vegetarian sausage rolls Sausage rolls are a family favourite at ours. A well made and flavour packed sausage roll is such a treat.   I have shared my recipe for the best sausage … 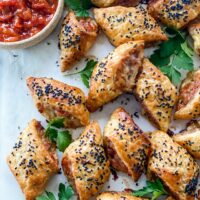 The best sausage rolls   How wonderful is the moment when you bite into a really great sausage roll? Soooooo good, right?   In my humble opinion, this recipe makes the most fabulous sausage … 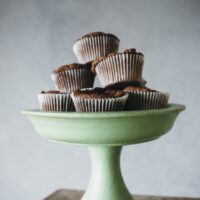 Individual flourless chocolate cakes  These little cakes are an absolute treat. As a bonus, they are also gluten-free. In place of flour, we will use whipped egg whites to produce cupcakes with a light-as-air …

We’re more than just a cooking class. Get social with us and join the family.

Cooking classes that cater to everyone – from the beginner cook, through to the food fanatic. Our classes are delivered either online or face to face, in our beautiful Melbourne venue.

Sign up to receive our delicious weekly newsletter, right to your inbox.

Website made with ♥ by Wild Fox Creative.
Scroll to Top